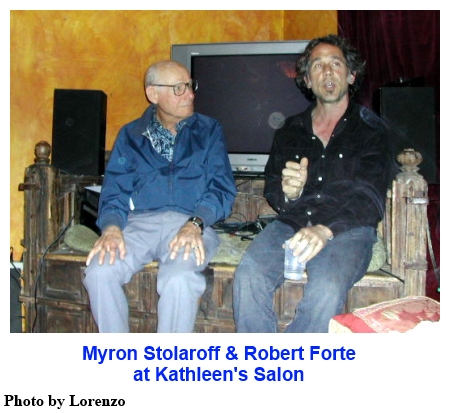 This is a recording from the spring of 2006, at Kathleen’s Salon in Venice Beach, California, where Robert Forte and Myron Stolaroff came to tell their stories about the recent festivities in Basil, Switzerland celebrating the 100th anniversary of the birth of Dr. Albert Hofmann, the discoverer of LSD. After telling a little about the Hofmann event, Myron read part of the talk that he gave in Basil. From there, the conversation ranged widely, eventually ending with an argument about the Kennedy assassination.