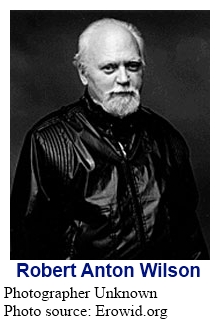 The featured audio that I play in this podcast is part of a two-CD collection produced by Joe Matheny and given to the salon to podcast by the distributor, The Original Falcon Press, which you can find via originalfalcon.com. The voices you will here are those of: Douglas Rushkoff, Antero Alli, Tiffany Lee Brown, and Joseph Matheny.

For the Occupy Segment, I first play a few minutes that I’ve taken from a three hour interview that Chris Hedges gave on CSPAN 2 on the first day of this year, and in it you will hear this Pulitzer Prize winning journalist explain how corporate personhood isn’t just a threat to American Democracy, it is a threat to humanity itself. . . . Following that, I play a short speech for you that Senator Bernie Sanders gave on the Senate floor as he introduced an amendment to the U.S. Constitution that will strip personhood from corporations. After those two kind of heavy duty pieces. I lighten it up with a two minute clip of country music star Willie Nelson and his wife reading a poem that he wrote about the Occupy Movement. Finally, I close with a song that was written and is sung by a young man from Salt Lake City named Noel. And this is from a YouTube video I found where Noel was singing on Day 1 of the Occupy Salt Lake City street theater.

Books and links mentioned in this podcast

“The Terence McKenna Experience” a new film by Ken Adams

“A monopoly on the means of communication may define a ruling elite more precisely than the celebrated Marxian formula of monopoly in the means of production.”

“An Enlightened Master is ideal only if your goal is to become a Benighted Slave.”

“Belief is the death of intelligence.”

“Every war results from the struggle for markets and spheres of influence, and every war is sold to the public by professional liars and totally sincere religious maniacs, as a Holy Crusade to save God and Goodness from Satan and Evil.”

“Horror is the natural reaction to the last 5,000 years of history.”

“Most of our ancestors were not perfect ladies and gentlemen. The majority of them weren’t even mammals.”

“Nobody sees the obvious, nobody observes the ordinary. There are more miracles in a square yard of earth than in all the fables of the Church.”

“On a planet that increasingly resembles one huge Maximum Security prison, the only intelligent choice is to plan a jail break.”

“Only the madman is absolutely sure.”

“The Bible tells us to be like God, and then on page after page it describes God as a mass murderer. This may be the single most important key to the political behavior of Western Civilization.”

“The border between the Real and the Unreal is not fixed, but just marks the last place where rival gangs of shamans fought each other to a standstill.”

“The Right’s view of government and the Left’s view of big business are both correct.”

“Of course I’m crazy, but that doesn’t mean I’m wrong.”