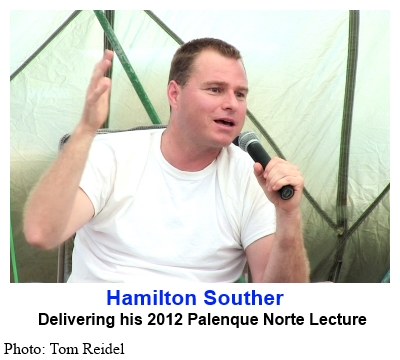 [NOTE: All quotations are by Hamilton Souther.]

“Even they [the shaman] do not know what ayahuasca is, because you’re never experiencing ayahuasca. You are always experiencing ayahuasca plus you, and that combination is not ayahuasca. That combination is you and ayahuasca. And that means ayahuasca then is undefinable, we don’t know what it is, which then always allows us to continue to explore the unknown. And it becomes an unlimited journey for us to be able to continue to go further and further and further in our understanding.”

“[When interviewing a shaman] especially look at everybody in the eyes. The eyes in ayahuasca tell you everything. If you see people with eyes that get really glossed over and become really shifty, it’s letting you know something there is going on that maybe you don’t want to become like that. Maybe that’s not why you’re there.”