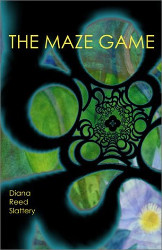 Today’s podcast features a conversation between Shonagh Home and Diana Reed Slattery who is a practicing xenolinguist and psychonaut. She has been investigating linguistic phenomena in the psychedelic sphere for over 15 years. Her website, Psychedelics & Language, details this research. Her science fiction novel, The Maze Game, tells the story of one such language, Glide. Her latest book, Xenolinguistics: Psychedelics, Language, and the Evolution of Consciousness comes out in January, 2015, from North Atlantic Press.

Shonagh Home
is a teacher, shamanic practitioner, and the author of
‘Ix Chel Wisdom: 7 Teachings from the Mayan Sacred Feminine,’
‘Love and Spirit Medicine,’
and the upcoming, ‘Honeybee Wisdom: A Modern Melissae Speaks.’