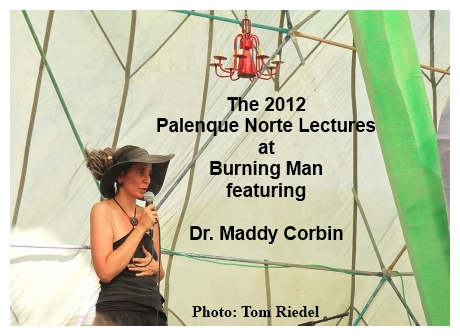 [NOTE: All quotations are by Dr. Maddy Corbin.]

“Psychedelics don’t actually come from the counterculture. They come out of scientific laboratories.”

“And because it came through a chemical that allowed them to study it, they began to engage with spirituality in a way that was historically unprecedented. The doorway, I argue that [psychedelics] are a doorway through which spirituality entered the scientific laboratory in a way that it usually doesn’t.”

Dr. Maddy Corbin “The Politics of Knowledge in the Psychedelic Sciences” – Burning Man 2012 from Palenque Norte on Vimeo.