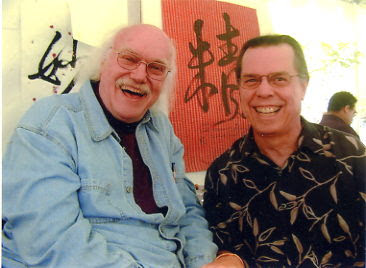 [NOTE: The following quotations are by Timothy Leary.]

“The fun has hardly begun.”

[NOTE: The following quotations are by Ram Dass.]

“But inside myself, as you all understand, that what you see [during a psychedelic experience] to turn it into what you be is a really subtle and sensitive trip.”
“And that’s part of the integrity of this experience, of growing into seeing the relative nature of reality and the paper mache quality of social institutions and the way in which personalities turn into style rather than substance.”

“And it’s interesting that it’s taken many years to grow into the kinds of visions that [Leary] was having in those days and to appreciate how much what happened to me through psychedelics transformed my consciousness in such a way that death meant something different to me that allowed me to be in the presence of somebody that was dying in a way that honored the drama of the process without getting lost in it.”

“What I have experienced in the past twenty five years, if I were to look at what the essence of the matter is, is that having touched the unconditioned and having seen the relative nature of reality and the way the mind creates the dream, that has given me a faith in the possibility of who we are.”

“And it feels to me that as long as I live I will still be growing into what happened to me on the first psychedelic experience.”

“And allow my heart to be open, like keeping your heart open in hell, keeping your heart open in the presence of suffering, because even at the moment when the suffering is most intense, right behind it inside you is an incredible equanimity, because one of the things that I touched through acid was an extreme appreciation of the perfection of the laws of form, the perfection of the unfolding of the law.”

“But I can feel, when I look at what our spiritual journeys are on this plain, it feels so obvious to me, that the stuff we are handed is the grist for the mill of awakening out of the illusion until we can be in the form without being entrapped by it so that we can play lightly. We can dance sweetly. We can have joy in the presence of the hell-realms and do what we can do to relieve the suffering without getting burned out and lost and bitter and cynical and frustrated. And we have the tolerance to deal with chaos and uncertainty.”

“What has happened is that the Sixties unleashed something extraordinarily powerful that is still reverberating and echoing in this culture, and actually in the world. And what that released was a recognition in people that they were free to change, institutions and themselves.”