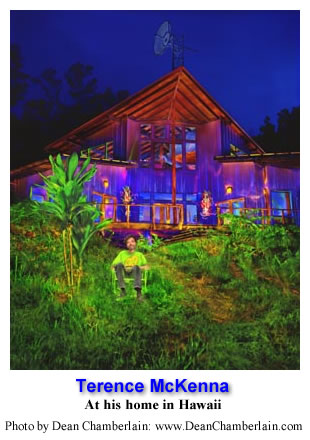 “McLuhan should be looked at more carefully. I think McLuhan was never correctly centered visa vie the psychedelic phenomena the way he should have been. People thought he was talking about the impact of television and print and this sort of thing. What he was really talking about is how cultural inputs to sensory modalities change self-definition, and the drugs have done that to a great extent.”

“The notion of certainty is a culturally naive and unexamined notion.”

“The fact that we rely on an intellectual method [science] two thousand years old almost precludes our understanding of anything interesting.”

“And this is why the drugs are so controversial, because they free you from the myth of the tribe.”

“It’s trying to make sense of our intuitions in the light of the enormous pressure to accept prepackaged ideologies that makes neurotics of us all.”

“And it isn’t necessary for everybody to go out and get loaded. It’s more about participating in a new language of self-reflection. This is what we need to do. Some of us should take drugs. It’s a professional kind of obligation. That’s what a shaman is. He’s a guy whose professional obligation is to take drugs, but we all have an obligation to create a language that values us and the people around us.”

“We cannot afford the unconscious anymore. This is a concept that has to take its place with the high-button shoe. We must be entirely conscious because we have the power to shatter the Earth like a rotten apple with a stick of dynamite inside of it.”