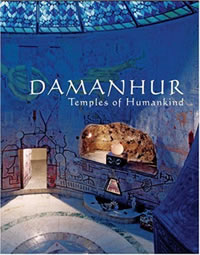 “Our parents were completely unprepared for the sixties . . . and for our behavior.” – Alex Grey

“[In drug education as it is practiced today] there is this kind of overriding mis-characterization of drugs, and an exaggeration of the problems that, marijuana especially, gives us.” –Alex Grey “And they contradict people’s own observations.”–Allyson Grey

“There are perils, and we have children and we want to protect them. So drugs can lead to terrible things as well.” –Allyson Grey

“Basically, you want to establish a bond with your children, and not to come in with total, preconceived notions about how they ought to behave. The idea is to listen and to establish a link of trust so that you can really be there for them, instead of alienating them. So you have to learn about these substances and the possible substances they’re using, so that you can be an informed assist for them.” –Alex Grey

“If you’ve already been lying to your kids about drugs, then why should they listen to you about anything, including the dangers of meth?” –Alex Grey

“If any of you haven’t gone a year and a half without any substances, it’s really a great experience. The altered state of sobriety is something Alex and I recommend.” –Allyson Grey

“This is what my mother taught me when it came to sex, and I applied it to drugs. Whenever a child asks a question you answer it, and you don’t tell them things they don’t want to know, or they’re not ready to know. But if they ask you something, you tell them honestly.” –Allyson Grey

“We’re part of an underground society, and that’s a heavy burden to place on a young mind if they’re not ready.” –Alex Grey

“The Connection Between Mathematics and the Logos”
Ralph Abraham tells the story of how he became involved with the psychedelic community and how psychedelic medicines informed his work and that of the generation who developed the personal computer among other achievements. In this trialogue, Ralph poses (and answers) the question,“Have psychedelics had an influence in the evolution of science, mathematics, the computer revolution, computer graphics, and so on?”

“We have to admit that mathematics has been reborn, and this rebirth is some kind of outcome of, apparently, the computer revolution and the psychedelic revolution, which took place concurrently, concomitantly, cooperatively in the 1960s.” –Ralph Abraham