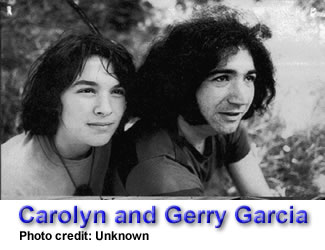 In this podcast we hear a talk given at the World Psychedelic Forum in Basel, Switzerland in March of 2008. The speaker is the one and only Carolyn “Mountain Girl” Garcia, who has been a legendary figure in the psychedelic world since the early 1960s. Here is part of what Wikipedia has to say about Mountain Girl:

Carolyn Adams, (born May 6, 1946),[1] later known as Mountain Girl and Carolyn Garcia, was a Merry Prankster and the wife of Jerry Garcia. After growing up near Poughkeepsie, New York, Adams met Neal Cassady in 1964; who introduced her to Kesey and his friends, one of whom gave her the name “Mountain Girl”. Cassady took her to La Honda, Ken Kesey’s base of operations, where she quickly joined the inner circle of Pranksters and was romantically involved with Kesey, having a daughter by him named Sunshine.[2] The Grateful Dead song “Here Comes Sunshine” may or may not be an allusion to Adams’ and Kesey’s daughter (the Dead were fond of lyrics having double, often personal meanings). 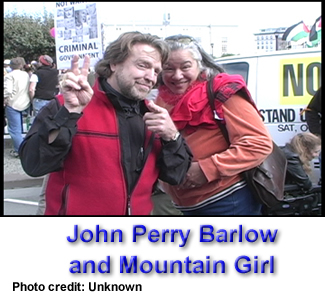 Before actually marrying in 1981, Jerry Garcia and Adams had two daughters.[1] Garcia and Mountain Girl ultimately divorced in 1994,[1] however, they remained personal friends right up until Garcia’s death a few months later.

In her talk, Mountain Girl told many stories linking her time with Ken Kesey and the Merry Pranksters to the evolution of the Grateful Dead and her life with Gerry Garcia and the rest of the band. This is perhaps one of the best encapsulations of The Sixties you will hear.