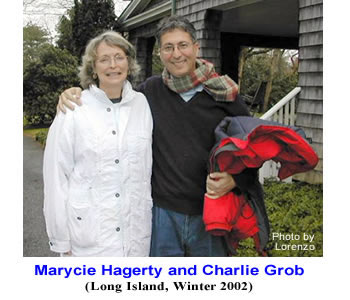 (Minutes : Seconds into program)
03:20 Charlie talks about how he got into psychedelic research.

07:47 Charlie: “My interest has always been in studying the potential therapeutic effects of MDMA. I’ve always had concerns about use and abuse of the recreationally drug ecstasy. Now early on in the history of this drug, ecstasy was almost always MDMA, but over the years there has been more and more drug substitutions, to the point where now with ecstasy I think there’s less reliability in regards to it being the drug you think it is than for any other drug I’m aware of.”

16:29 Charlie:“If you have some ambition to work in this area you have to develop certain character qualities, like having a lot of patience and persistence.”

18:13 Charlie discusses the relative merits of MDMA vs. psilocybin in the treatment of end stage cancer patients who are also suffering from anxiety.

22:33 Charlie: “So MDMA might turn out to be a very valuable compound to use with a chronic PTSD patient group, but in a medically ill group, over the years I began to question that and decided that psilocybin would be significantly safer.”

20:43 Charlie begins his discussion of the human safety study of MDMA that he conducted.

23:03 Charlie: “A relative risk in regards to recreational use of MDMA is that a lot of people are oblivious to the fact that different drugs can interact with one another, and people who may have medical conditions, on medication, who then take ecstasy, which is often, though not always, MDMA, that there may be a drug-drug interaction which can cause injurious effects.”

28:50 Lorenzo changes the subject by asking, “What do you tell your kids other than ‘just say no’?” . . . Charlie: “Often the most helpful thing you can do is simply be honest, and to provide the young people with the information we know today.”

29:28 Charlie explains ways that the street drug ecstasy can cause significant medical problems when not properly used.

34:11 Charlie talks about the work done my Humphry Osmand, Abram Hoffer, Duncan Blewett, and others in Canada when they successfully treated and cured alcoholics using LSD as a catalyst that changing their lives.

36:17 Charlie: “It seems to me there are some very interesting implications here for Osmand’s old work with alcoholics as well as some of our more recent observations with the ayahuasca church as well as others who have observed a similar process in the Native American Peyote Church.”