NOTE: This podcast is a “companion” to KMO’s podcast #224 “Viral Disclosure”, which you may also find quite interesting.

[September 27, 2010 PRESS CONFERENCE UPDATE: Aliens ‘hit our nukes’: They even landed at a Suffolk base, claim airmen

“The more serious contenders [for explanations of UFO phenomena] as explanations, I think, fall into three categories. Is it us? Are we being visited? Or is there another tenant in the building that we are unaware of?”

“… and there always seem to be loose ends that argue against whatever hypothesis seems currently most attractive. . . . If the contactee will truly tell the unvarnished truth then there will be elements in the story which will make the contactee look like a moron. In other words, the invalidation of the experience is an inimical part of its structure.” 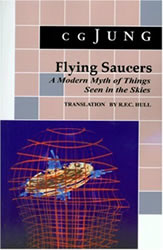 “So if the UFO phenomenon is something that is coming from us, then what is it, and what is it for?”

“I tend to lean toward the notion that the UFO problem, like many subtle problems, is haunted by our own naivete concerning language.”

“There is a curious fuzziness about the most mundane parts of reality when we really attempt to magnify and understand them in the clear light of consciousness.”

“To my mind, if the UFO phenomena is something arising out of the super-ego of the human psychic organization, then we should ask why. What is it doing?”

“[UFOs] are an antidote to the scientific paradigm that has evolved over the past 400 years and which has led us to the brink of global catastrophe.” 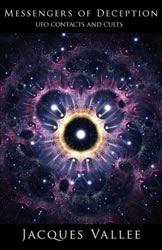 “The fact that an idea is preposterous has never held it back from making zealous converts.”

“I believe that that is the purpose of the UFO, to inject uncertainty into the male-dominated, paternalistic, rational, solar myth under which we are suffering.”

“[Science] is not some meta-theory at whose feet every point of view from astrology to acupressure to channeling need be laid to have the hand of science announce thumbs up or thumbs down.”

“What assurance do we have that the several million life forms that we know to exist on this planet all evolved here? Do we have any assurance?”

“I think we are discovering in our own psychic structure the potential, the possibility, of a relationship with an intelligent species outside ourselves, and this raises for us all the tensions, all the issues, that accompany an adolescent love affair.” 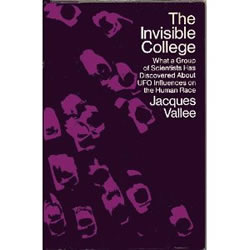 “What is happening on this planet is the self-reflecting genesis of communication for itself. It is language, somehow, that is loose in our species, on our planet, within and without the flying saucer.”

“So, communication, which we take astonishingly for granted considering the very basic kinds of needs that we communicate to each other, is actually the great frontier of our spiritual becoming.”

“What would you think if somebody attempted to take your sexuality away from you. In the suppression of the psychedelic experience the masters who make the rules have taken away a major slice of what it is to be a human being.”

“The psychedelic experience is the replay of human history in the individual mind.”

“What virtual reality holds out is the possibility that we can create a language where we see what we mean. If we could see what we mean we would have a kind of telepathy.” 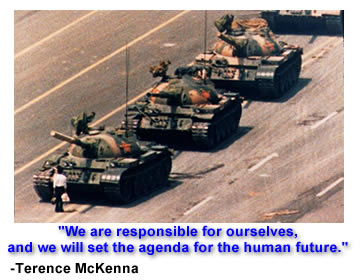 “The entire universe of matter is the womb of mind.”

“This is why psychedelics are illegal. They don’t care whether people jump out of windows or any of that. They’re not interested in public health. They do not want people to take back their minds.”

“We are responsible for ourselves, and we will set the agenda for the human future.”