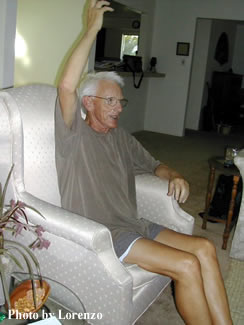 We were saddened to learn that Gary Fisher passed on to his next life early this morning. 03-03-2012

The Art of Gary Fisher

“Gary Fisher, Ph.D., is one of the very knowledgeable investigators
from the early days of LSD research. He is a clinical psychologist who
is one of the pioneer workers in psychotherapy utilizing LSD and psilocybin. His training was with members of the Saskatchewan Group who were trained by Al Hubbard. He did extensive work treating schizophrenic and autistic children as well as cancer patients. The impressive results he obtained in these categories give testimony to the remarkable potential these substances offer when administered with wisdom and understanding.” 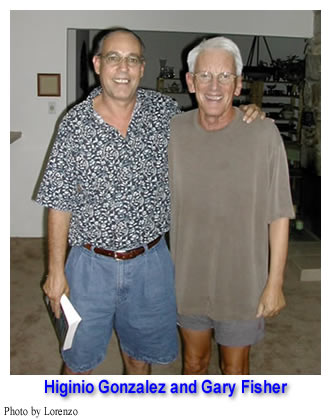 “In the late 1950s and early 1960s, Fisher conducted pioneering research on the use of psychedelic drugs in autistic and schizophrenic children. He subsequently explored the role of psychedelics in adults with major mental illness and in patients with terminal cancer. He has contributed a number of pivotal articles in the literature on the application of psychedelics with a variety of seriously ill subjects.

Fisher was also a collaborator of Timothy Leary in Mexico, the Caribbean, and at Millbrook in New York.

Author of the following papers:

Psychotherapy for the Dying:Principles and Illustrative Cases with Special Reference to the use of LSD

Gary Fisher is now an artist living in Southern California. 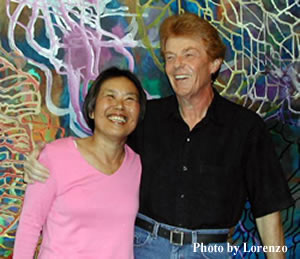 Pam and Norbert, research pioneers, in front of a painting by psychedelic elder, Gary Fisher.