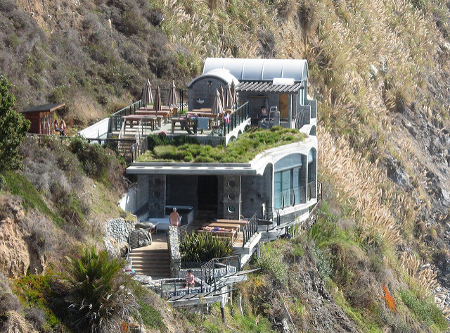 The Baths at the Esalen Institute, Big Sur, CA

Date this lecture was recorded: March 1996

“My techniques are all shamanic and involve perturbing the senses and dissolving ordinary states of mind through psychedelics. So my techniques are shamanic, but my method is rational and analytical. So I use shamanic techniques to go into shamanic places and then attempt to study them scientifically using reason.”

“To me, the New Age is typified by an incredible credulity and an utter immunity to cognitive dissonance.”

“What I have done is I probe weirdness, but rationally. Most people who are attracted to weirdness want to convert, and believe it, and take it in, and exalt it. I don’t. I don’t want to believe anything. I hate ideology, all ideology. That’s why I’m so casual about the possible crushing of my own, because ideologies are a lesser resolution of our dilemma than we are capable of.”

“The truth does not require your participation in order to exist. Bullshit does.”

“Radical human freedom is what you were born for, and culture is a kind of placenta, which if you develop normally by around age twenty you have no need of it, and in fact you’ve recognized the toxic nature of it and are trying to put it behind you and get away from it.”

“All this computer revolution is is a shift to more lightweight building materials.”

“Enormous doses of fuzzy thought and ideology are usually known as religion. . . . And the claim that you can achieve, somehow, the paradox of being outside without ever leaving culture by using the cultural instrument of religion to make your way to the heart of the mystery. I reject this. I just think think it’s bunk.”

“In the underground, then, an enormous database has been built up. No one knows as much about psychedelics as people in the underground, because they’re the people who have actually taken them, correlated that date, and kept track of it.”

“Psychedelics demand of us courage. Every single person who says they’ve done psychedelics several dozen times is a courageous person. You’re standing in the presence of fearlessness, because otherwise people turn away from it.”