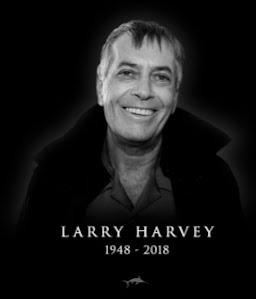 [NOTE: All quotations are by Larry Harvey.]

“Milton Friedman once said, ‘Only a crisis, real or imagined, produces real change.’ When that crisis occurs, the actions that are taken depend on the ideas that are lying around. That, I believe, is our basic mission: To develop alternatives, and keep them alive and available until the politically impossible becomes the politically inevitable.”

“You can’t base the core of a culture on sex, drugs, and rock ‘n roll. Only an adolescent will tell you that.”

“The fact of the matter in the Sixties, at least the Hippie part, were avid consumers. They were happy consumers. The only people who came up with a critique of it later on were the Punks. As unattractive as they were, they figured out what the essential problem was. They would not sell out. They would not be commodified.”

“The Sixties were America’s great recess.”

“If you want a stage at Burning Man, build it yourself.”

“We’re not hiding from the world, we’re trying to change it.”

Burn on the Bayou