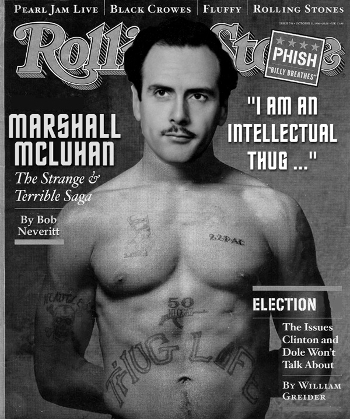 Date this lecture was recorded: August 1993

In today’s podcast Terence McKenna waxes eloquent about the writing of Marshall McLuhan, whose work in the 1960 was considered a revolutionary break with traditional ways of thinking about media. As Wikipedia says about McLuhan, he “was a Canadian professor, philosopher, and public intellectual. His work is one of the cornerstones of the study of media theory, as well as having practical applications in the advertising and television industries. … McLuhan is known for coining the expression “the medium is the message” and the term global village, and for predicting the World Wide Web almost 30 years before it was invented.”