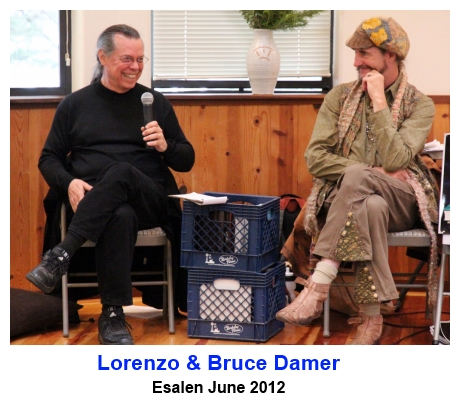 In this continuation of a Terence McKenna workshop from June 1994, he does brief riffs about Joyce’s “Finnegan’s Wake” and Orwell’s “1984”. He then continues with some speculations about what he thought 2012 would bring. Step 1, he speculated, would be that everyone in the world would go outdoors and get naked. And from there he takes off on a wild flight of mind that you have to hear for yourself to truly appreciate his relationship (at that time) to a potential 2012 event. Ultimately he reaches a point where he speculates about why it was (and still is) necessary for a species like us humans to evolve.