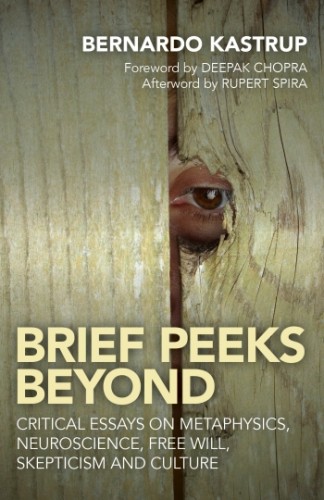 Today Bernardo Kastrup returns to the salon with more metaphysical speculations. Supplementing his recently released book, “Brief Peeks Beyond,” he touches on the so-called hard problem of consciousness faced by materialists. In his examination of the dominant materialistic world view, Bernardo reveals the forces behind our value systems, which in turn determine our behavior. He ends with some very concrete suggestions for five things each of us can do to make the world a little better. However, my favorite section of this talk comes when he suggests that cosmic consciousness at-large may actually be experiencing what we humans call multiple personality disorder.

Transmutation (a feature documentary film about uprooting the experience of normality)