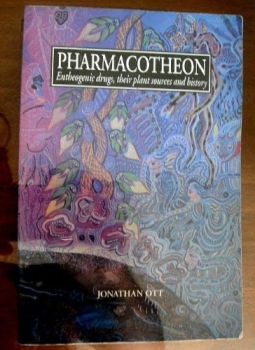 “If I didn’t have cannabis I wouldn’t take a psychedelic drug. It is indispensable.”
Terence McKenna

In this talk, Terence McKenna tells some stories about how Gordon Wasson was first led to investigating the mushrooms of Mexico, and of possible use of magic mushrooms by the Sufi’s. We also get to hear one of the rare instances where the bard McKenna gives us his opinion about 5MEO-DMT, as contrasted with his primary psychedelic substance of interest, NN-DMT. Going on, he speaks about drugs grown out of cultured amphibian skin, and about ways to enhance certain psychedelics. At one point Terence takes off on what can only be called an anti-Myan rant, something I haven’t heard him say before. This talk also contains the most detailed and specific accounting of what he thinks would happen on December 21, 2012 that I have ever heard Terence McKenna give.