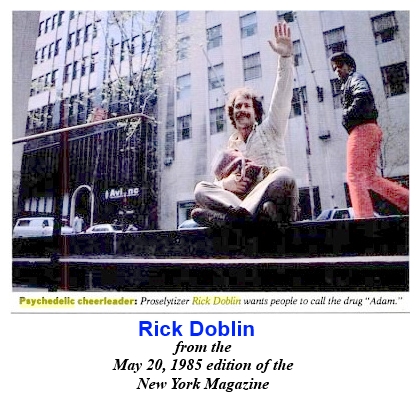 [NOTE: All quotations are by Rick Doblin.]

“Once you’ve produced the scientific data that’s necessary to make a drug into a medicine, you’ve gone a long way towards mainstreaming the acceptance of these drugs as having beneficial properties. And then the step to legalization is not that far behind that.”

“We are all dying and we all have some anxiety about it. And so people are more scared of dying than they are of drugs. If we can show that people who are facing death can be assisted with psychedelics that’s a powerful message.”

“Confessions of an Ecstasy Advocate” (video)

“Confessions of an Ecstasy Advocate” (podcast)