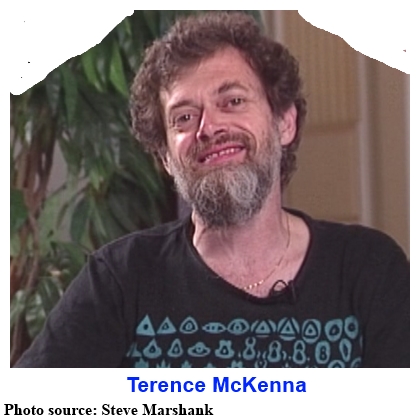 “A single chemist can produce ten million hits [of LSD]. Well this is not some guy getting rich, this is about changing history, when you’re talking about ten million consciousness-expanding experiences.”

“Try and look at consciousness as a resource for want of which we are going mad.”

“You just can’t go wrong as a heretic, because they’re always vindicated.”

“Permission for heresy is never a bad idea.”

The Art of Seeing
by Aldous Huxley

Myth of Invariance: The Origin of the Gods, Mathematics and Music from the RG Veda to Plato
by Ernest G. McClain

Hamlet’s Mill: An Essay Investigating the Origins of Human Knowledge And Its Transmission Through Myth
by Giorgio de Santillana, Hertha von Dechen