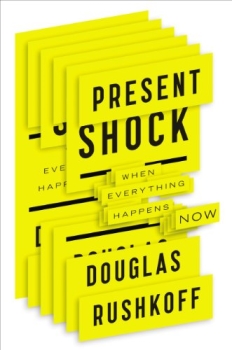 “We now know enough to fantasize realistically about what the alien would be like, and I think that this then sets up polarities in the collective psyche that previously we have only seen at the level of the individual.”

“The question is being asked, ‘Are we alone?’ ” And though we now focus on that question we need to think beyond that to what if we’re not alone? Then what becomes the next imperative question?”

“People are, in the confines of their own apartments, becoming Magellans of the interior world and reaching out to this alien thing and beginning to map it and bring back stories that can only be compared to the kind of stories that the chroniclers of the New World brought back to Spain at the close of the 15th century.”

“Actually, this is what has led us into this extremely alienated state, it’s that we haven’t demanded that the stories we tell ourselves about how the world works confirm our direct experience of how it works.”

“I don’t think that mass drug taking is a good idea. But I think that we must have a deputized minority, a shamanic professional class if you will, whose job is to bring ideas out of the deep black water and show them off to the rest of us and perform for our culture some of the cultural functions that shaman perform in pre-literate cultures.”

“The word ‘self’ is as great a mystery as the word ‘other’. It’s just a polarity between two mysteries.”

“For all we know, we know nothing.”

Present Shock: When Everything Happens Now
by Douglas Rushkoff