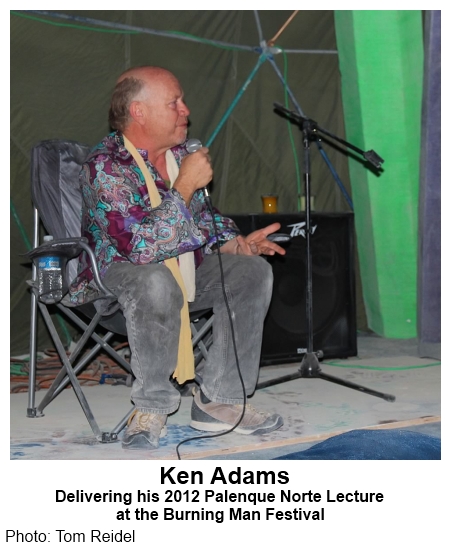 “I’m almost sixty years old, and I can guaranty you that I’m fucking tired of having to whisper about psychedelics.” – Ken Adams

Today we feature the fifth Palenque Norte Lecture of 2012, which was given at the Burning Man Festival. This talk features the filmmaker Ken Adams, who was a neighbor, friend, and collaborator of Terence McKenna in their search for new ways of explaining the psychedelic experience. Ken is the producer/director of a new, and experimental, film titled “The Terence McKenna Experience” which features never before seen and heard raps by Terence.

Rolling Jubilee
A bailout of the people by the people