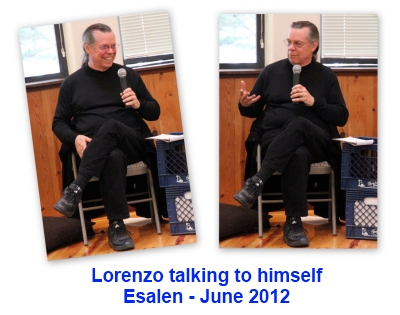 In this follow-up session after Bruce Damer’s “Deep Dive into the Mind of McKenna”, Lorenzo leads the discussion of the participants in a workshop held at the Esalen Institute in June of 2012. Topics of the conversation include:
– Consciousness, not drugs were the focus of McKenna’s work
– Heroic doses are not as important as bringing back information
– The healing and love value of teaching plants
– We all contributed to making Terence McKenna a cultural icon
– Building a new civilization in the shell of the old
– The Eschaton as another step in human evolution