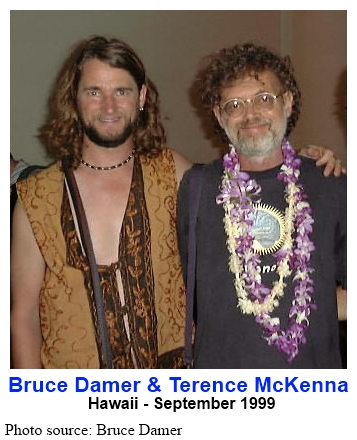 This program is a recording of part of a live event at the Esalen Institute near Big Sur, California. The workshop, titled “Terence McKenna: Beyond 2012”, was led by Bruce Damer and Lorenzo Hagerty. This specific recording took place on Saturday morning, June 16th and consists of Bruce’s “deep dive” into the mind of McKenna. It begins with Bruce’s “Ode to Terence” and is followed by Bruce’s readings of parts of the soon-to-be published book by Terence’s brother, Dennis . . . the book’s title: “Brotherhood of the Screaming Abyss”.

“Brotherhood of the Screaming Abyss”