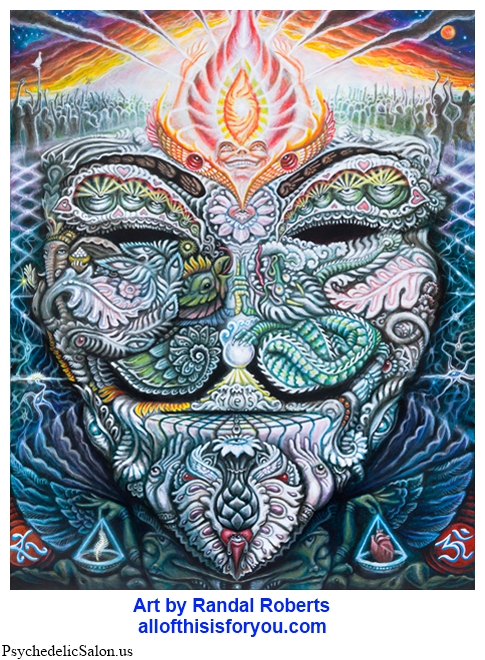 “I think it’s time to begin to talk very, very frankly about the forced engineering of consciousness, about the re-shamanising of society, about the re-birth of archaic values before it’s too late.”

“Anyone who loves adventure, and who loves life, and who loves the experience of being, has an obligation, I think, to explore this [the psychedelic realm]. It’s as much a part of your identity as your sexuality, your ancestral history, or your hopes and fears. And to ignore it is to choose to play with less than a full deck. Don’t do that. Play with a full deck!”

“People didn’t care for the Holocaust, that was a moral outrage, but the policies of the Roman Catholic Church push more people into early death, disease, and poverty than the Holocaust ever did. And yet, they’re perfectly free to run their bingo games and appear among us. Why? They should have to answer for this outrage.”

“Millions of people right now are being warehoused by television. Television is the heroin of the electrified middle class.”

“I think that technology has been obscenely in the service of profit. And science, too, has whored itself to profit. But what kind of world could we build if these things were in the service of art? It’s our cultural values that are out of whack.”

“DMT is a reliable method for crossing into a dimension that human beings have debated the existence of for 50,000 years. Is there an invisible, nearby world inhabited by active intelligences with which human beings can communicate? You bet your boots there is. And if you don’t think so, then tell me you don’t think so and you’ve smoked 70 milligrams of DMT. Otherwise we just don’t have anything to talk about.”

“Everything has directions. Whether you are ironing your clothes, tuning up your car, or taking psychedelics. If you don’t follow the directions, whose responsibility is it if you screw up? So we have to educate our children, educate ourselves, get these things out of the closet and make them part of the culture. That’s the way to deal with sexuality. That’s the way to deal with drugs. Maturely!

“When I think that I will close my hand into a fist, that’s a miracle. That’s mind over matter. No philosopher in human history has ever been able to explain how that simple act takes place. That tells you that philosophy has been staying well-away from the world of direct experience, because every day we experience willing our body to act, and yet we say mind cannot affect matter. Why do we have this contradiction? It’s because we don’t want to admit the primacy of mind.”