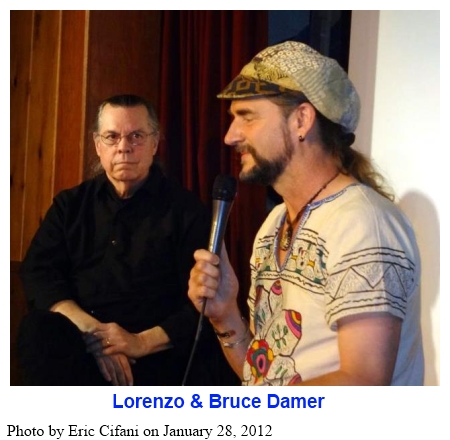 In this, the concluding episode of recordings from the workshop titled “Terence McKenna: Beyond 2012” and led by Bruce Damer and Lorenzo, we hear Bruce’s final presentation in which he begins by taking us on a mental voyage around our solar system. From there he tells a fascinating story of his meeting with a somewhat dodgy character who convincingly explained that, although it may appear that way at times, there actually is no cabal secretly controlling human affairs. Following that begins an interesting Q & A session. . . . In the Occupy segment of the podcast I ponder over the pros and cons of the Black Bloc tactics that have become somewhat controversial lately.

[NOTE: The following quotations are by Bruce Damer.]

“The financial system is a giant hair ball of GO-TO statements and lack of control and out of control pools of assets that flow.”

“We do not have real technology compared to what nature does. We’re not even close.”