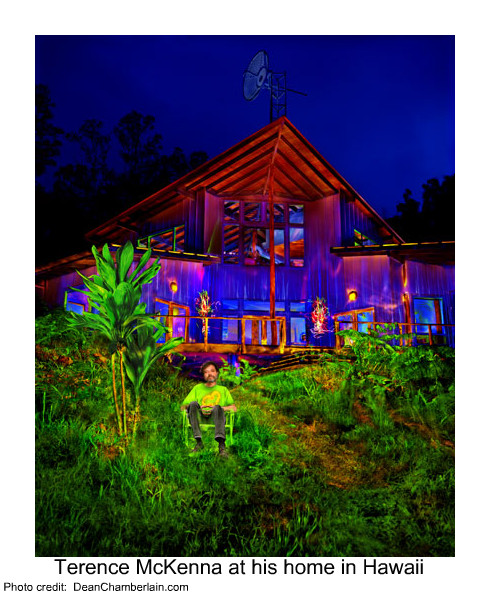 “The trick to making the shamanic virtual world compelling is to fairly and truly convey it. You can’t cut corners. You can’t fake it. . . . So that this stuff really does blow people’s minds, so that people see, well, human imagination is large enough to accommodate the human soul. It doesn’t leave you feeling like you’re wearing too tight a pair of shoes.”

“We have no idea how strange the world we can create in the near term will be.”

“Given the circumstances as we find them, what rational momentum is there to think that life is unique and arose on this planet only?”

“I think that’s the question that remains unanswered, you know, that’s the grail of the thing. What is the nature of the Other, is basically what you’re asking. Is it a construct, a projection or a discovery? It’s not clear to me what it is.”

“ You can’t believe everything you hear. They are of many kind, some are made of ions, some of mind, the ones of DMT, you’ll find, stutter often and are blind.”

“I think [ketamine] is an inter-uterine memory drug. I think there are things about it that cause you to recapture some kind of inter-uterine state.”

“The psychedelic vision is of some kind of relevant thing. It isn’t just the equivalent of a dust bunny under your psychic bed or something like that.”

“Mathematics is really what it’s all about when you finally get it sliced thin, I think.”

“All doubt means is that ‘I’m shopping, thank you.’”

[Before I had cancer] I had no idea that such peculiar states of mind were naturally available to people, and non-lethal. In other words that you could have fairly frequent brain seizures and experience very bizarre states of body/mind dislocation and have it not kill you. So now I see that the spectrum of human experience is a lot broader than I previously imagined.”

“The mind can adjust to a great deal more than that which simply kills it.”

“Given how weird life has been, why rush to prejudge death. It’s bound to be mighty strange, life was mighty strange, and I’m curious. … It’s an interesting situation to be told that you have a very limited amount of life left, because it composes your mind for you, wonderfully.”

“What psychedelics show is that the world is full of surprises. I consider psychedelics a constant and verifiable miracle. The fact that that can happen to your mind. So it means that all kinds of things are possible.”

Animations Mentioned in this Podcast