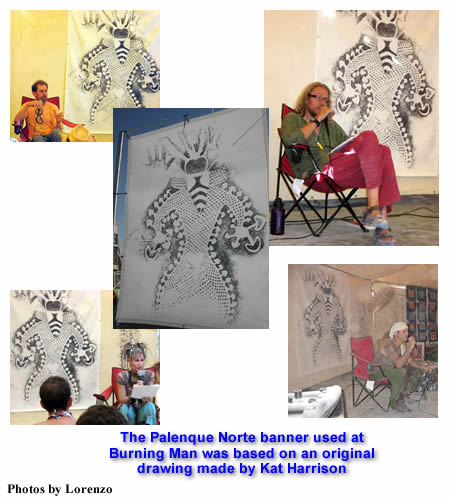 “This connection between the cow, and the mother goddess, and the mushroom is some kind of a key to understanding the evolution of religious sensitivity in early man in that part of the Middle East.”

“This notion that it was the presence of the mushroom on the African veldt at a critical bifurcation of primate evolution that created the feedback loop which eventually developed into self-reflecting consciousness.”

“But it isn’t a missing link, I think, it’s a missing factor. And the factor which accelerated the forward evolution of the brain size of this particular primate line was the inclusion of psychedelic plants in the diet, which then fed the tendency toward symbol formation and self-reflection.”

“A history of the human race could be written analyzing it not in terms of class struggle or the impact of great personalities but as a shifting set of interactions between sugar, tobacco, opium, caffeine, alcohol, and psychedelics.”

“That these foods and drugs and spices, we have subtly overlooked them and taken them for granted. They are regulating human history and individual self-expression, how much you know, how you look, how pure your transmission of your genetic heritage to the next generation, all of these things are being regulated and controlled by these plants.”

“Gaia apparently works through the intercession of catalytic compounds that convey revelation, and revelation is then the factor which has historical impact. The people, the messiahs, and the teachers are merely the pipeline for ideas, and the metabolic release of these ideas in the macro environment is being controlled by the plant-animal interaction.”

“I think that probably we are the agent of change that Gaia has unleashed upon herself.”

“The imagination may be, in fact, a three dimensional slice of a higher dimensional universe that is holding all of this in being and causing it to happen.”

“The triumph of Socialism will be the commonality of mind in a capitalist context, that there really will be an ocean of thought that you will swim in and that will be composed of deeper and deeper levels of information.”

“You see, what’s going to happen is that the rules of the imagination are going to replace physics.”