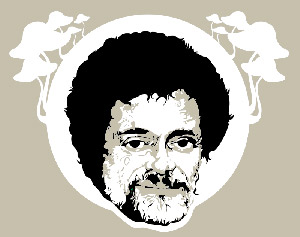 “I’ve never met anyone with a deeper devotion to cannabis than myself.”

“So what you have to do is just like every other thing, everything you’ve been told is wrong, and you have to take life by the handlebars and figure out what’s really going on, which doesn’t mean that you’re reckless.”

“We’ve been polluted by Disney.”

“So in a way, one way of thinking about psychedelics is that they empower language. It’s a way to force the evolution of language. The way you stretch the envelope of culture is by creating language.”

“It was very important, I think, to the Establishment to suppress that [hip phrases from the Hippie culture], because new words are the beginnings of new realities.”

“What holds us together is what holds all sub-cultures together, which is an experience. In this case, the experience of being loaded, and, you know, it’s a very powerful and immediate kind of experience.”

“It’s amazing that the world has evolved as far and as fast as it has, the human world, glued together by nothing more than small mouth noises.”

“The whole history of the evolution of the Western mind is in a sense the birth of the Logos. The Logos is making its way towards self-expression, and it’s doing this by claiming dimension, after dimension of manifestation.”

“The mind is not a form of intelligence. The mind is the theater in which intelligence is manifested. You don’t want to confuse the garage with the car. … Everything goes on within the confines of mind. It’s like the light that you switch on when you walk into a darkened room, and then everything else is the furniture within the room. Mind is simply the light which is shed over the landscape of appearances. … Mind is the inclusive category, I think.”

“The one thing you learn taking psychedelics is that nothing is straightforward.”

“Anybody who starts talking to you about the grandeur that was Rome, should be reminded: The grandeur of Rome was it was a bargain-basement on three floors masquerading as a military brothel. It was not a great civilization.”

“I’m completely convinced that no one is in control, and that this is very good news.”

“In a sense, the flying saucer is nothing more than a modern rebirth of the philosopher’s stone. The flying saucer is the universal panacea at the end of time. It’s the thing which cannot exist, but which does exist, and which if we could obtain it everything would be different.”