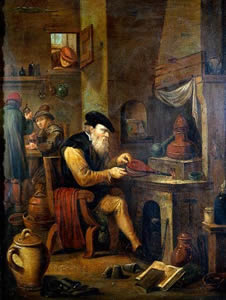 “The African ‘Cradle of Civilization’, I don’t even regard that as a theory. Anybody who doesn’t believe that is going to have to do some fast talking.”

“They [16th century alchemists] were angelic magicians, is what they were.”

“The other thing about DMT that’s weird is, it does not affect your mind. In other words, you don’t feel gaga with ecstacy. You don’t feel relaxed. You feel exactly the way you felt before you did it. It’s that the world has just been swapped out, and that’s strange. I sort of like that, that it doesn’t lay a glove on the observing cognitive processes, instead it just does something in the visual cortex that causes the world to be replaced by a three-, four-, five-dimensional, highly colored moving environment filled with screaming elf-deamons.”