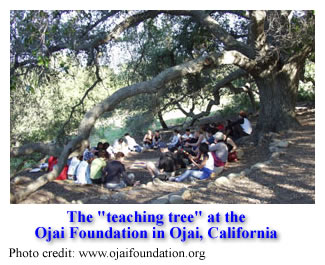 “I was able to jack it [the strength of the ayahuasca brew] up, and jack it up until finally it was truly horrifyingly strong, and that’s what you want. We’re not interested in colored lights and dancing mice here.”

“A language which could be seen would be a kind of telepathy. If you could see what I mean you would see my thought. The way we communicate, small mouth noises and the assumption of shared dictionary, an assumption that is never borne out by careful questioning, is a miserable way to communicate.”

“It’s more an ability locked in your physiological structure that we’re not using. They [the machine elves] want us to speak in colored lights.”

“I think that the subtext of the governments’ fear about psychedelics is that this quality that they have of dissolving boundaries causes people to question basic assumptions about how society is run. And I think this is true of any society. It isn’t an American phenomenon. It’s that if you take psychedelics, whatever you are, you know, Eskimo, Hassidic Rabbi, quantum physicist, you will question your first premises. And you get millions of people questioning the first premises, and then the powers that be become very nervous.”

“Cannabis holds many benefits, not necessarily related to its properties as an intoxicant, but as a source of food, lubricants, plastics, fuels, etc. The reason the establishment is so hysterical on the subject of cannabis is because it erodes loyalty to the industrial state.”

“This is a heresy for sure, I’m not that fond of LSD. I think it’s a very sloppy drug.”

“It’s the indole hallucinogens that are at the center of the mandala.”

“We have been too long under the spell of the idea that only the past creates the present. The present is actually largely created by appetite for the future.”

“History is not a random walk. It’s not a series of undirected, random fluctuations. History is a process of fractal self-complexification that builds on whatever it has achieved.”

“The rules of evidence are not in suspension for the New Age.”