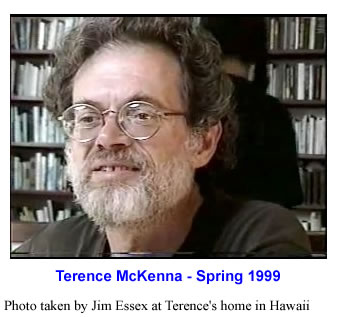 “The surface of things is not where attention should rest.”

“I’ve never actually seen it [smoked DMT] hit anybody quite as hard as it hit me. For about fifteen minutes all I could say was, ‘I can’t believe it!’ … This is no drug. It’s magic. It masquerades as a drug. It’s a doorway into another world.”

“I came to feel, and I still sometimes offhandedly refer to it like this, that it [DMT] is secret. It is not a secret. It is THE secret. There is a secret, and this is it. It is the secret that the world is not only not the way you think it is. It’s that the way the world is, is a way that you can’t think it is, because you simply do not have the imaginative capacity to conceive of such overwhelming peculiarity.”

“You see, a secret is not something untold. It’s something which can’t be told.”

“Without this [the smoked DMT experience] in the picture, half the world is missing.”

“What we have discovered in DMT is, literally, a chemical doorway to the bardo.”

“One thing psychedelics will do for you, for sure, is to convince you that what’s real is what I call the felt presence of immediate experience. That’s what’s real.”

“The biological object is made of time itself as much as it’s made of space and matter.”

“I’ve come to see the body as basically the placenta of the soul.”

“The Twentieth Century is analogous to the birth canal of human history.”