Lorenzo if you leave the Alan Watts materials up you will be sued before this month is out.

Lorenzo, my father’s talks are copyright protected. Please don’t post any more of his talks on your podcast and remove the ones you have in the archive.

If you want to listen to this talk you will have to pay his son for the privilege.  … Too bad, I thought information wants to be free. I wonder what Alan would say about this?

… although, if you Google “alan watts mp3 torrent” you can find thousands of Web sites that provide free downloads of Watts material.

Also, you will find many hours of free Alan Watts videos on YouTube. … So maybe it is only the Psychedelic Salon that Mark objects to.

[NOTE: All quotations are by Alan Watts.]

“So we have to think again and try and find out, think deeply, what is fundamentally taboo in this culture and perhaps in other cultures as well. What information, in other words, would really let the cat out of the bag and give away the show?”

“But you see, the trouble about deep secrets is they can’t be repressed indefinitely.”

“And we don’t even think that we had anything personally to do with the fact that our fathers once had an evil gleam in their eyes, but that evil gleam was you … coming on.”

“And so underneath the opposition, or the polarity, between self and other or between any other pair of opposites you can think of there is something in common.”

“This is the description of anxiety: Anxiety is the fear that one of a pair of opposites might cancel the other … forever.”

“So one of the problems of the various chemicals which can change the human mind in certain ways so that it becomes apparent that inside and outside go together is that they do rather give the show away. And people who take these chemicals and see through the human game cannot be trusted.”

“When you are told, from childhood, that you are expected and commanded to behave in a way that will be acceptable only if you do it voluntarily you remain permanently mixed-up.” 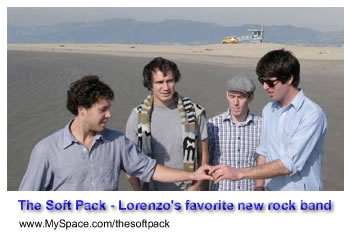 “You can’t have pleasure in life without skill, but it isn’t an unpleasant task to learn a skill.”

“It’s very bad form if an actor always acts the same way. That’s what’s called a Star, as distinct from an actor. A real actor can become anything.”

“LSD is simply an exploratory instrument, like a microscope or a telescope, except this one’s inside you instead of outside you. And according to your capacity and knowledge, you can use a microscope or a telescope to advantage. So in the same way, according to your capacity and your knowledge you can use an interior instrument to your advantage … or just for kicks!”

“Any law which in a way tries to enforce by the power of the state its private morals, or your own business in looking after your own nervous system, is in a fact an unenforceable law. And all unenforceable laws lead to blackmail and public demoralization.”

“The rule for all terrors is head straight into them. … Whenever confronted with a ghost, walk straight into it, and it will disappear.”

The Soft Pack
on MySpace

Spirit Plants Radio on the air 24/7