[NOTE: The following quotations are by Terence McKenna.]

“What’s the hang-up here? What is the problem? Why is perfection so distant?” 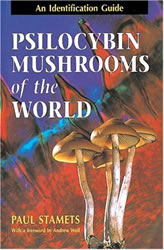 “Alchemy, as I’m sure many of you know, is really the secret tradition of the redemption of spirit from matter. … The central conception of alchemy is the conception of the philosopher’s stone. What is it? It’s the universal panacea at the end of time. It’s the chocolate cake that your mother made once a week when you were a child. … It’s all things to all men and all women. … It is not a myth or a fairy tale. It is the burning, primary reality, that lies behind the dross of appearances.”

“We have no idea what it would mean in our own lives if we could throw off the notion of ourselves as fallen beings. We are not fallen beings”

“[We] often feel like hapless atoms, running endlessly according to the blueprints and programs of unseen masters, whether it’s the banking industry, Madison Avenue, whoever. We tend to disempower ourselves. We tend to believe that we don’t matter. And in the act of taking that idea to ourselves we give everything away to somebody else, to something else.”

“Every society, in the moment of its existence, has lived as a resonance, a completion, and a distillation (good alchemical word), a distillation of what has preceded before.”

“Dark as the hour may appear, in reality we exist in a dimension of greater opportunity, greater freedom, greater possibility than has ever been. The challenge then is to not drop the ball.”

“What psychedelic means is getting your mind out in front of you, by whatever means necessary, so that you can relate to it as a thing in the world and then work upon it.”

“It is never one or the other. It does a tremendous injustice to being to ignore the union of opposites.”

“It’s absolutely irrational to not be filled with the fire of consuming hope. You just have to overcome the leveling that we inherit from these empty, existential, scientific ideas.”

“We are the last people. Beyond us lies the mystery if we have but the courage to move forward into that abyss, to believe that nature will reward the dreamer. Then we can complete that wonderful Irish toast that says, ‘May ye be alive at the end of the world.’ “

Leo Plaw at the Temple of Visions Gallery (Los Angeles)