“Your inherited allotment of drug synapses is unique, and this is why some people are sensitive to drugs, some people insensitive, some people extremely sensitive. And one of the things about exploring consciousness with substances is you have to sort of learn what works for you.”

“If I want a more intense drug experience I take more of one drug.”

The Art of Seeing by Aldous Huxley
http://astore.amazon.com/matrixmasterscom/detail/0916870480

“The world is something to look at, and that attitude in the presence of psychedelics will throw open a cornucopia of riches.”

“I don’t know what life is like without cannabis. I hear there is such a thing.”

“The thing about DMT, and we didn’t talk about it much this weekend, is it is an inhabited space. A HUGE percentage of people who take it encounter entities of some sort in there. Not entities like wombats and foxes, but entities with intelligence of some sort, with language of some sort.” 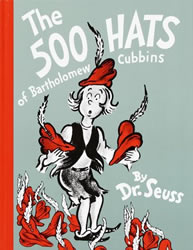 “I think that in service to the principle of parsimony, preferring the simplest explanation, these things [beings encountered in DMT space] must be human souls.

“Now I dare to hope that maybe there is some kind of existence beyond the grave.”

“I’ve looked at the literature of near-death experience. What those people are describing is far more mundane than a DMT trip.”

“I would suggest, with great heat, that if we want to study the near-death and after-death experience, that actually you come far closer to dying, whatever that means, on DMT than you do in drownings and things like that.”

“If you’re living right, your life should get just more and more baroque, beautiful, complicated, mysterious … and then you die.”

“Perhaps what enlightenment is is it happens to an entire universe when it drops its matter and anti-matter out of its structure, and it becomes entirely made of light. That would certainly fulfill the Novelty Theory [sic].”

“It’s a bit baroque for my taste.” [Speaking about the concept of parallel universes. Of course, Terence never lived to read: April 14, 2003, Scientific American, Parallel Universes
Not just a staple of science fiction, other universes are a direct implication of cosmological observations
http://www.krabach.info/astro/parallel_universe/parallel_universe.html

“The universe is a series of impediments to the expression of novelty.”

So You Want to be a Psychedelic Researcher? (PDF)