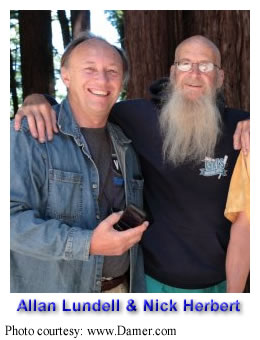 “An ideology is a simplification of reality where the vast, messy, baroqueness of being is put through some kind of rasher of language and comes out grossly simplified. … Ideology always paves the way toward atrocity.”

“Reducing, as we have done for the past two hundred years, the universe to a machine, some kind of a machine, then robs it of meaning. Then we stand back and look at our lives and our societies and say how come they have no meaning? It’s because we labored like demons to make sure that they didn’t have meaning, and now we have no one to blame but ourselves for the gross simplification of reality and the betrayal of experience that we achieved in that process.”

“I think it’s really important to keep things as simple as possible because they will still be hellaciously complex if you are true to experience. The simplest explanation of what is going on here is still maddeningly baroque. So throwing on flying saucers and papal plotting and the plans of Great Atlantis only further exacerbates the problem.” 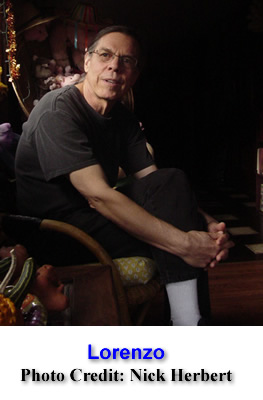 “We know that behind all this constipated sociability lies the chaos of the psychedelic experience. It’s important to keep it in mind in very psychedelically situations. But people who have never broken through the cultural dream take it to be reality and commit crimes based on delusion about what is and isn’t reality.”

“The ego is a maladaptive, tumor-like growth in the personality that has been inculcated into you by the toxicity of the culture. It is literally the response to toxic cultures. The more toxic the culture the more ego is revered as a natural value within that culture.”

“People are clueless, and they’re being used and abused. Seemingly intelligent people behave in incredibly stupid ways. The phenomenon of the respectability of aimless shopping. Shopping is unconsciousable. It’s stupid. It’s tasteless. It’s murderous towards the Earth. … Somehow the message has to be put across that there are no exceptions to the obligation to decomodify experience. … What is the charm of all this crap? Can anybody explain it to me?”

“Novelty is that quality of nature that seeks complexity. It’s countervailing force is called habit.”

“The Timewave is not occult, but it is not science as we have done it these past 500 years, because it assumes that one of our primary intuitions is actually true; the intuition that every moment is unique [time is not uniform]. It treats that as the central starting point for an entirely new metaphysics of being.”

“The way you investigate time is by moving inward, by investigating metabolism. The human body is a knot in time.”

“It is as though the Winter Solstice of 2012 was some kind of dwell point out of which the temporal continuum is being generated.”

“The more of a mind you have, the more fun you can have when it’s fucked-up.” -Nick Herbert (Wikipedia entry about Nick)