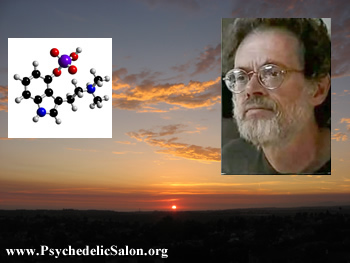 “If your local language is insufficient then you abide in a domain of intuition, and that’s what I would call animal consciousness. It’s a domain of intuition of being. Animals intuit being. But given a more advanced nervous system and a more advanced cultural tool kit the intuition changes into a direct perception, and you begin to make poetry and experience loss and feel love.”

“The thing that makes psychedelics so central to a position like this is they are the only thing which pulls the plug on the illusion, the illusion created by the local language.”

“The major adventure is to claim your authentic, true being, which is not culturally given to you. The culture will not explain to you how to be a real human being. It will tell you how to be banker, politician, Indian chief, masseuses, actress, whatever, but it will not give you true being.”

“Ninety percent of the difficulty in your intellectual life would never have happened if you just had better taste.”

“The dilemma of human freedom is that we don’t know where we rest in the universal hierarchy of good and evil.”

“Nature seems to be in the business of building systems that transcend themselves.”

“We are all just swarms of personalities. The idea that a healthy person has a unified identity is just a silly idea.”

“Modernity I’m feeling much better about now that it’s over.”

“We’re primates, and we don’t really dig in and get rolling until we’re painted into a corner.”

“What shamans in these psychedelic cultures are are simply alienated intellectuals.”

“The keeper of the values [of his culture] is the one person who knows that the values are bullshit. … The shaman at the top realizes that, my god we stare out onto an abyss. We do not know.”

“Sentimentality is a virulent form of tastelessness.”

“Sentimentality is the feeling of attachment we have to our ideology.”

“I would say the bouquet of life is this moment.”

“I certainly am not interested in living forever, whatever that might mean, because I suspect if you live forever you miss the point.”

“We’ve invented a sin for which there is no name. It’s so beyond most people’s ability to conceive. And this sin that we’ve invented is we steal the future from our children.”

“Life is what you get when a hyper dimensional object protrudes into ordinary space.”

“We clothe ourselves in matter, but we are not matter.”

“In my highest states I have had the insight, which I will convey to you without saying it’s true, that this [human existence] is the most limited form of existence you will ever know. You can’t be deader than this. This is the bottom line, and so the good news is it’s only up from here.”

“The last dance you dance alone, and nobody will be watching.”

“I don’t think you should live in anticipation of the drama of your death-bead scene, better to repair to the moment.”

“The real message of the psychedelic experience and of the anti-historical thrust of the critique we’ve been carrying out here is to take the moment. The felt presence of immediate experience, this is all you know. It’s all you will ever know. Everything else comes as unconfirmed rumor, innuendo, unrealized possibilities, fading memory, conjecture, lie, hope, who knows? But in the moment of being we have the completion of being. It is always complete, every moment.”