SASHA SHULGIN:
“So I looked upon these materials as being catalytic, not productive, they do not do what occurs, they allow you to express what is in you that you had not had the ability to get into and express yourself without the help of the material.” 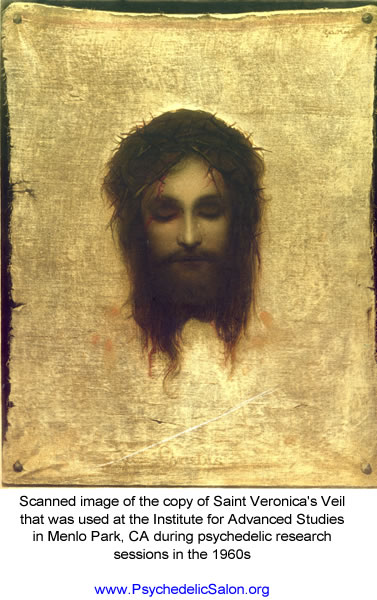 “My main argument for continuing to use the term [psychedelic] is that people may not approve of what you’re working in or what you’re saying, but at least they know what you’re talking about.”

ANN SHULGIN:
“My interest in these compounds is that they let you open up the doors inside your own psyche. They allow things to be more obvious, more apparent than the conscious mind usually lets them be.”

“The psychedelics, the visionary plants, allow you to do deeper looking and a different kind of learning, because what comes to you is a different sort of knowledge.”

“The ’shadow work’ is, perhaps, the most important use of these materials, as far as I’m concerned, that there is. Because it’s in opening up the shadow and discovering it’s not a monster, that it’s not a terrible, horrible beast, that it is the uncultivated, the unsophisticated and slightly, sometimes, unlawful part of ourselves, which can be one of our greatest allies as long as we can find the courage to do the work necessary to discover it and become one with it and to negotiate with it.”

BABA RAM DAS:
“The place we share is that place that stands nowhere, not the place that’s caught in these spirals that involve intellectual advance, or ‘Now we know it!’, and so on. That’s all like little ripples on the ocean.”

“The Great Way is not difficult for those who have no preferences. When love and hate are absent, everything becomes clear and undisguised.”

TIMOTHY LEARY:
“…neuro-geography that tells us that where you are determines who you are, habitat determines species.”

“We are literally at a position where collectively, working in harmony, we can do most of the things, and take the responsibilities, which in the past have been attributed to the great deities of the past. I think the Golden Age is ahead. It’s the age of humanist science, humanist technology, pagan science, pagan technology, high tech, high touch.”

“I think it’s our duty as explorers and as frontier scouts for our species to invent new terminology. … I really feel that words are tremendously important. . . . We’ve got to develop a new terminology. We simply can’t use the language that has been around for three or four thousand years because more people have been killed in the name of god that any other word around.”

TERENCE MCKENNA:
“Well somebody once asked me, you know, “Is it dangerous?” And the answer is, only if you fear death by astonishment.”

“On DMT, these entities – these machine-like, diminutive, shape-shifting, faceted machine elf type creatures that come bounding out of the state – they come bounding out of my stereo speakers, if I have my eyes open – they are like, you know, they are elfin embodiments of syntactical intent. Somehow syntax, which is normally the invisible architecture behind language, has moved into the foreground. And you can see it! I mean, it’s doing calisthenics and acrobatics in front of you! It’s crawling all over you! And what’s happened is that your categories have been scrambled, or something; and this thing which is normally supposed to be invisible and in the background and an abstraction has come forward and is doing handsprings right in front of you. And the thing makes linguistic objects; it sheds syntactical objectification. So that it comes towards you – they come toward you – they divide, they merge, they’re bounding, they’re screaming, they’re squeaking – and they hold out objects, which they sing into existence, or which they pull out of some other place. And these things are, you know, like jewels and lights, but also like consommé and old farts and yesterday and high speed; in other words, they are made of juxtapositions of qualities that are impossible in three-dimensional space. What they’re like is – and in fact, this is probably what they are – what they’re like is, they’re like three- and four- and five-dimensional puns. And you know how the pleasure of a pun lies in the fact that it is… it’s not that the meaning flickers from A to B; it’s that it’s simultaneously A and B, and when the pun is really funny it’s an A,B,C,D pun; and it’s simultaneously all these things… well, that quality, which in our experience can only occur to an acoustical output or a glyph which stands for an acoustical output – in other words, a printed pun – in the DMT world, objects can do this. Objects can simultaneously manifest more than one nature at once. And, like a pun, the result is always funny. It’s amusing! You cannot help but be delighted by this thing doing this thing.”

“History is a con game run by frightened men and their obedient stooges.”

“The transformation of culture through art is the proper understanding of what you can do with psychedelics besides blow your own mind.”