“Creativity has a touch of the bizarre” –Robert Anton Wilson

“Since things are moving faster and faster, we cannot afford the amount of stupidity that we used to be able to tolerate.” –Robert Anton Wilson

“We need something to replace death as an intelligence increaser. Generally, the only way that intelligence could grow was to get rid of the people who haven’t taken any new imprints since adolescence, as Tim would say.” –Robert Anton Wilson

“The bizarre, the unthinkable is where creativity comes from.” –Robert Anton Wilson

“In that process [Ilya Prigogine’s theory of dissipative structures], we are dissipating, collapsing, out of all the structures we know, not into chaos, not into the collapse of civilization, but into a higher level of coherence.” –Robert Anton Wilson

“There seem to be more optimism about psychedelics. They seem to be treated now with more rationality, as I was hoping they would be back in the Sixties, but they couldn’t be then. We were too ignorant.” –Dr. John Lilly 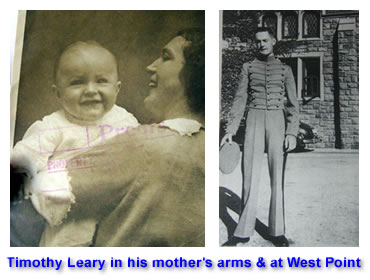 “The dumb people in the Sunbelt have all gone to Washington and New York to seek their fortunes there, people like Jann Wenner of Rolling Stone. He’s just plain dumb. He’s got a track record not where everything he touches is turning wrong simply because he’s betting on the past.” –Timothy Leary

“The doomsday sayers, the people who are warning of and hoping for some sort of apocalyptic crisis, an earthquake, an end to everything. Now anyone who lays that trip on you, just look at them and smile and say, ‘Listen, the world isn’t coming to an end. You have come to an end of your vision. It’s you who feel that your end is at hand. The evolutionary picture is moving along beautifully.’ “ –Timothy Leary