“McLuhan was synonymous with incomprehensibility in the Sixties.” 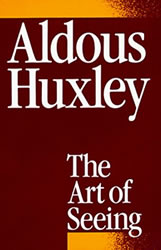 “In McLuhan there is a very deep strain of nostalgia for the essence of the Medieval world of what he called ‘manuscript culture’.”

“Joyce is, in ‘The Wake’, making his own alchemeric cave drawings of the entire history of the human mind in terms of its basic gestures and postures during all phases of human culture and technology.”

“Nothing is now unconscious if your data-search commands are powerful enough.” 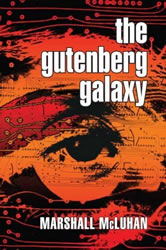 “The notion of an observing citizenry somehow sharing the governance of society, this again is a print-created idea.” 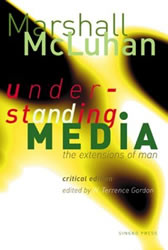 “Reading is not looking. Reading is an entirely different kind of behavior. … Nobody opens a book and looks at print … We read print, but we look at manuscript, because manuscript carries the intrinsic signification of the individual who made it.”

“[Quoting Marshall McLuhan] High definition is the state of being well-filled with data.”

“Print is the least invisible of all media. Print is an incredible Rube Goldberg invention for conveying information.”We are going beyond the entire domain of scribal humanity and actually reaching back to a shamanic feeling-tone kind of thing.”

“A perfect media is an invisible media, and print is the least invisible of all media.” 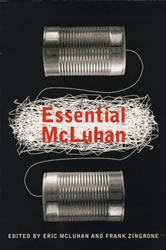 ” ‘The Medium is the message’ means that the medium is the thing which is making the difference.”

“Imagine if a drug had been introduced in 1948 that we all spent six and one-half hours per day, on average, watching. And the one thing about drugs, in their defense, is that it’s very hard to diddle the message. A drug is a mirror, but television isn’t a mirror. Television is a billboard, and anybody who pays their money can put their message into the trip. This is an extraordinarily insidious situation.”