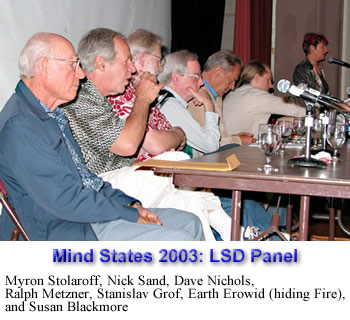 “I believe it’s true to say that everyone who has experienced LSD or another psychedelic would look on that experience, especially the first one, as a major life-changing event.” –Ralph Metzner

“The introduction of LSD and psychedelics into the culture produced a transformation of the entire culture, the consciousness of the culture.” –Ralph Metzner

“The first note in that octave [of our cultural transformation], the do, was the discovery of LSD by Albert Hofmann in 1943.” –Ralph Metzner

“Just as Hitler used the Reichstag burning, the U.S. government now uses the so-called two wars, the War on Drugs and the War on Terrorism, to fuel fear in the population and establish a police security state.” –Ralph Metzner

“It [the prohibition of psychedelics] puts the industrial civilization in a very unique position. It’s just about the only society in the whole history of humanity that doesn’t have any use for non-ordinary states of consciousness.” –Stanislav Grof

The Psychedelic Party of Israel