[NOTE: The following quotes are by Dr. Timothy Leary.] 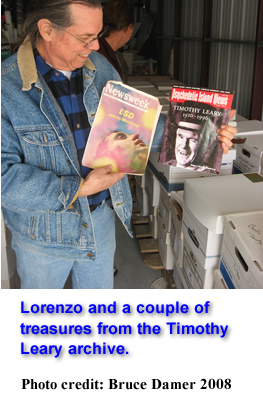 “When the big quake comes, be on the California side!”

“So the concept that developed at Harvard, then at Millbrook, and later it seemed to have moved out to other places, was the concept of serial imprinting. That for thousands of years the smartest women and men have known that through manipulating your nervous system by getting high in any way that you can you can suspend the old imprints and have a chance to start a new reality.”

“Evolution is not accidental.”

“Every time you put your tongue in the mouth of a loved one, or vice versa, you are exchanging more information in one second than all the Libraries of Congress in history.”

“You either believe in nothing whatsoever than chance, or you’re going to believe in a biological intelligence which knows that she’s doing.”

“The point here is, if you’re going to feel ’synced’ you’ve got to be in a place where there are people who share your reality.” 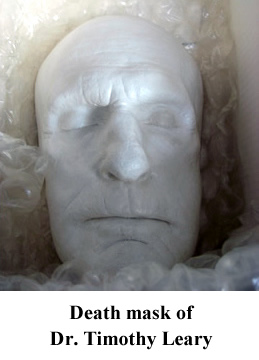 “We didn’t grow from the apes. We refused to become apes.”

“What happened in the 1960s was this, the time had come to avoid terminal adulthood. . . . A generation of young people simply refused to buy the adult image, the adult model.”

“One of the messages that I have right now, the message is this: I don’t advocate anything, but I urge you to think it over. I urge you at all costs to avoid terminal adulthood.”