[NOTE: The following quotes are by Terence McKenna.]

“Shamanism is not some obscure concern of cultural anthropologists. Shamanism is how religion was practiced for its first million years. Up until about 12,000 years ago there was no other form of religion on this planet. That was how people attained some kind of access to the sacred.” 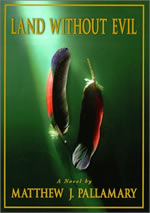 “The sine qua non for obtaining a psychedelic experience is humbling yourself to the point where you admit that you must submit to the experience of the plant or the drug. This act of surrender is the major technical function you will be called upon to perform during the psychedelic trip.”

“Cultural conditioning is like bad software. Over and over it’s diddled with and re-written so that it can just run on the next attempt. But there is cultural hardware, and it’s that cultural hardware, otherwise known as authentic being, that we are propelled toward by the example of the shaman and the techniques of the shaman. … Shamanism therefore is a call to authenticity.”

“The same organizational principles which called us forth into self-reflection have called forth self-reflection out of the planet itself. And the problem then is for us to suspect this, act on our suspicion, and be good detectives, and track down the spirit in its lair. And this is what shamans are doing. They are hunters of spirit.”

“I don’t believe that shamanism without hallucinogens is authentic shamanism or comfortable shamanism.”

“Don’t diddle the dose. Once you have done your homework, go for it.”

[NOTE: The following quotes are by Matt Pallamary.] 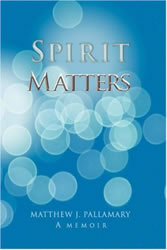 “I’ve gone through some really dark places, and I’ve done that so other people don’t have to do that.”

“One of the underlying themes about ‘Spirit Matters’ is that it’s a map, and it’s a guide, and I’m way out on point.”

“Altered states of consciousness are fascinating, and they are a part of life and part of experience, and they’re here for a reason.”