[Note: All quotations are by Terence McKenna.]

“These are the two things we don’t have: As a society we cannot seem to make peace with nature. As human beings, as individuals, it’s very hard for us to be at peace with ourselves.” 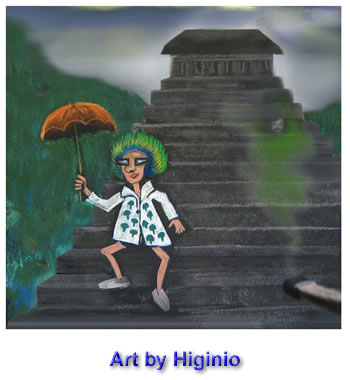 “We have not, in this culture, awakened to the depths of the crisis that surrounds us.”

“The only thing I can preach is the felt presence of immediate experience, which for me came through the psychedelics, which are not drugs but plants. It’s a perversion of language to try and derail this thing into talk of drugs. There are spirits in the natural world that come to us in this way.”

“We have descended into a dominator pattern that is basically based on clutching, on fear. And I’m sure most of you have heard me argue that this is the consequence of ceasing, basically, to do enough hallucinogens in the diet.”

“It is a crisis in consciousness which confronts us globally. Consciousness is the commodity that if we do not have enough of it, do not produce it fast enough, then the momentum of the processes we set in motion in our ignorance is going to sterilize the planet and do us all in.”

“Ego is a structure that is erected by a neurotic individual who is a member of a neurotic culture against the facts of the matter. And culture, which we put on like an overcoat, culture is the collectivized consensus about what sort of neurotic behavior are acceptable.”

“There are not rosy futures of suburban housing and ratatouille to be extended endlessly into the future. We are approaching a bifurcation where it is either going to become heaven or hell. One of the other.”

“What we deny, as a culture, as a culture of materialist positivist reductionists, it the presence of spirit in the world, in ourselves, or in nature.”

“I don’t think we want to set ourselves up as the crusaders for permanence. But that means softening to the fact of the flow and of the impermanence.”