[NOTE: All quotes are by Terence McKenna]

“We live at the end of a thousand year binge on the philosophical position known as materialism, in its many guises. And the basic message of materialism is that world is what it appears to be, a thing composed of matter, and pretty much confined to its surface.” 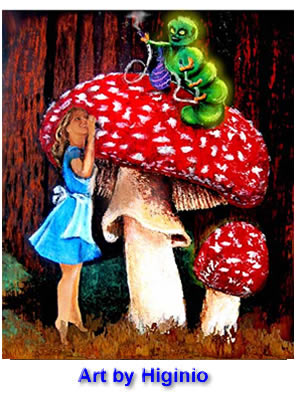 “We’re literally at the end of our rope. Reason, and science, and the practice of unbridled capitalism have not delivered us into an angelic realm.”

“All the boundaries we put up to keep ourselves from feeling our circumstance are dissolved [when using psychedelics]. And boundary dissolution is the most threatening activity that can go on in a society. Government institutions become very nervous when people begin to talk to each other. The whole name of the Western game is to create boundaries and maintain them.”

“The drugs that Western society has traditionally favored have either been drugs which maintain boundaries or drugs which promote mindless, repetitious physical activity on the assembly line, in the slave galley, on the slave-driven agricultural projects, in the corporate office, whatever it is.”

“Madness, basically, up until the level of physical violence, means you are behaving in a way which makes me feel uncomfortable, therefore there is something wrong with you.”

“I think of history as a kind of mass psychedelic experience, and the drug is technology.”

“History is characterized by its brevity, for one thing. We have packed more change into the last 10,000 years than the billion years which preceded it. And yet, as entities, as animals, meat, we have not changed at all in 10,000 years.”

“What psychedelics do, and I think this isn’t too challengeable, is they catalyze imagination. They drive you to think what you would not think otherwise. Well, notice that the enterprise of human history is nothing more than the fallout created by strange ideas.”

“The key, on one level, to maintaining the dominance hierarchy is monogamous pair bonding. That’s where it begins.”

“We have the tools that would allow us to sculpt paradise, but we have the reflexes and value systems of anthropoid apes of some sort. . . . You don’t get serial killers in the chipmunk population.”

“What the psychedelic experience does, really, is it stretches the envelope of the imaginable.”

“It seems to me that culture, at least this culture, is a shabby lie.”