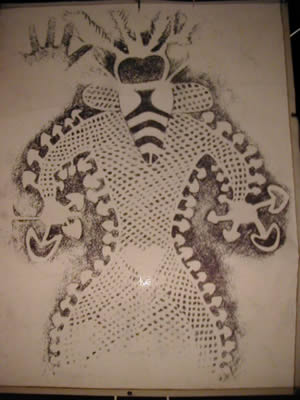 04:11Terence McKenna:“My normal lectures deal with the psychedelic experience as a generalized and historical phenomenon, but this effort at communication is slightly more personal in that it’s an effort to impart [just] one idea that came out of an involvement with psychedelic substances.”

09:42 Terence McKenna: “This is a think-along lecture, by-the-way, and you’re free to think-along at any point that you feel so moved to do so.”

11:53 Terence begins telling the story of how the Timewave Zero hypothesis came to him during a long meditation on the King Wen sequence of the I Ching.

20:36 Terence McKenna: “We can understand first of all that what is happening in the world of becoming, the world we all experience as beings, is that novelty is entering into being, and it is changing the modalities of the real world toward greater and greater levels of integration.”

27:33 Terence McKenna: “But what I really am interested in is not the end of the world but everything which precedes it.”

32:29 Terence McKenna: “We are living in a very pivotal time. The time that we inherit from science is a time to humble you, to dwarf you. It tells you that the sun will not fluxuate for another billion years, that species come and go, and, in other words, on a temporal scale you don’t matter. And that now doesn’t matter. But when you look at the release of energy, the asymptotic speeding up of processes, we tend to be xenophobically oriented toward the human.”

41:50 Terence McKenna: “This rising global humanism is, in fact, the rising into consciousness of a tribal god similar to the kind of tribal god that functioned in these pre-Hellenic societies.”

35:41 Terence McKenna: “And the psychedelics, I believe, are the key to moving from wearing culture like cloths to recognizing that culture is this intensifying reflection of an aspect of the self and integrating it into the self.”