05:25 Rupert Sheldrake describes how one could go about creating a “consumer’s report” for odd-ball theories. 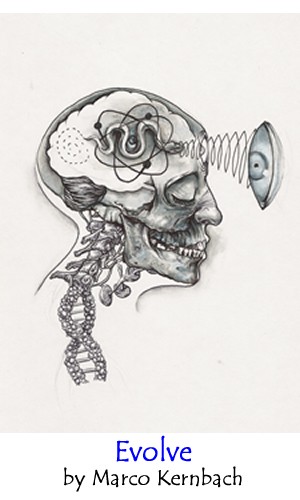 06:23Terence McKenna:“Ninety-five percent of the scientists who have rejected astrology cannot cast a natal horoscope, and that the ability to actually cast a horoscope never seemed to be required of these high-toned scientific critics of astrology. It was something they felt perfectly free to dismiss without understanding.”

07:26 Ralph Abraham: “Well, the hypothesis of causative formation, of course, favors deeper fluff. . . . The thing about astrology is that people say it works. An argument could be made that even though the Zodiacal reference frame that it is based on no longer has any basis in the sky that it works because people believe in it, and because it is in the N-field, and that because it’s deeper fluff, basically.”

08:27 Ralph: “I think it could be that scientific research, done according to the best principles, has a greater weight in impressing itself upon the morphogenic field.”

12:53 Rupert: “This internalization of the use of blind techniques has, in fact, gone farthest in parapsychology, where 85% of experiments are double blind in recent journals. In medicine and psychology where everyone pays lip service to blind techniques, in practice the number of blind papers, or double blind, is in the region of six to seven percent of all published papers in the top journals.”

17:09 Terence: “Well, speculation and skepticism begin to sound like novelty and habit. So maybe these things are just counter-flows in the intellectual life of the culture that redress each other. And though we do have certain long-running forms of fuzz, it does tend to correct itself over time.”

19:47 Rupert: “The fact is that in the mainstream of our culture skepticism reigns supreme.”

22:27 Terence:“New kinds of people are making their voices heard, people from outside the male patriarchal, usual membership in the club.”

25:34 Rupert: “In most walks of life skepticism is normal. We expect it in politics, courts of law, etc.”

27:30 Rupert: “[Science] is the only universal system which is not open to the normal processes of challenge from competing points of view, having to justify itself in terms of evidence.”