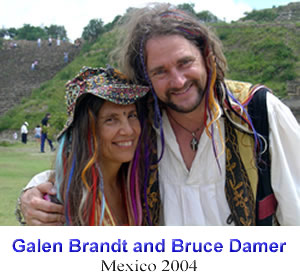 05:29
Bruce tells the story of the first and only Terence McKenna workshop that was held in a virtual world in cyberspace.

07:00 The story of the bizarre dreams Terence McKenna was having in the weeks before his first major seizure.

08:32 Bruce tells of Terence saying, “It’s all about love,” a few days before he died. “Terence said, ‘The whole psychedelic movement, it’s about love. It’s not about all this other stuff. It’s about love.’ “

13:20 “It seems as though the universe
is a sort of self-contained thing that never loses any information.” 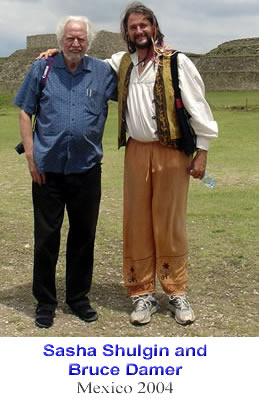 21:09 “What if the universe, like Chris Langton’s brain, is gradually booting up an awareness of itself, and why would it do this?”

29:07 Universe2, the second phase of this universe. 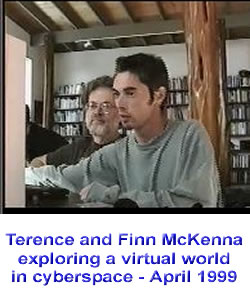 33:19 “Why does the universe create human beings?” . . . and what about these amazing brains we have?