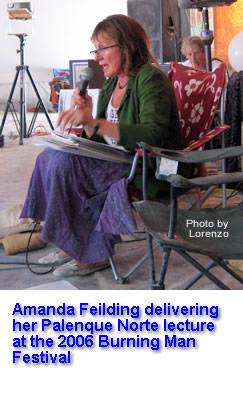 (Minutes : Seconds into program)
05:30
“Britain is America’s greatest ally in all the dreadful things it is doing at the moment, the war on terror and the war on drugs. And without Britain America would feel isolated.”

07:12 Amanda discusses the new scale for drugs that is being proposed in the UK.

09:37 “Present drug policy simply doesn’t work, and indeed it is the policy which is causing most of the damages.”

10:45 “My particular interest is in separating the psychedelics and marijuana from the rest of the drugs.”

13:34 “We at the Beckley Foundation have decided to do some reports which will tell the truth. Because the United Nations report doesn’t tell the truth. It tells what the Americans want to hear.”

14:18 “At the last Beckley Foundation Seminar, which was held at the House of Lords in London, we had the top of drug policy of the United Nations and of the EU. . . . and the United Nations man agreed with me that the regulations on psychedelics should be altered.”

16:30 “At the moment it’s not illegal to do research on controlled substances, but no one does it because it’s not good for grant funding, or careers.”

19:52 Amanda begins her description of the brain imaging work that is being done with high-level meditation.

25:03 “In my opinion, to experience getting high means that you see a bit of you from higher up the mountain with a greatly enlarged area of simultaneous association of the neurons. So you get more far-reaching associations.” 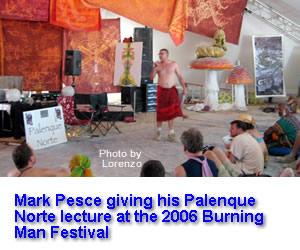 (Minutes : Seconds into program)
28:34 Mark Pesce: Talks about the Eschaton, the impending end of everything. “Knowing your expiration date is a very big thing.” . . . but on what do you base your beliefs?

31:10 “Does the knowledge that there’s just a little bit more than six years left on the civilizational clock drive any individual that you have ever met anywhere? Have we seen anyone abandon their attachments and prepare themselves for this presumed, inevitable end?” 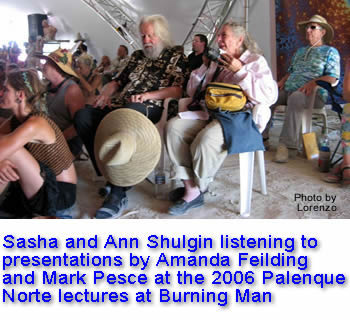 36:54“I have often equated the Eschaton with the idea of technological singularity.”

39:10 “What I would say is that there is no such thing as artificial intelligence. There is only intelligence, whether it is vegetable, or animal, or mineral, all intelligence is one.”