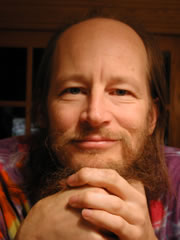 John Gilmore talks about the politics involved in legitimate psychedelic research at a conference in the Netherlands. What The Hack is an outdoor hacker conference/event that took place on a large event campground in the south of The Netherlands from 28 until 31 July 2005. Events like What The Hack take place every four years, and originate from a group of people that was originally centered around a small hacker magazine called Hack-Tic. The magazine’s last issue was published in 1993, but for reasons unknown the events have so far refused to die.

In this talk, John describes the work of doctors who are giving MDMA, psilocybin, and soon LSD to patients in ongoing clinical trials. The new focus is on proving that these drugs can help to cure otherwise intractable conditions such as obsessive-compulsive disorder, post-traumatic stress, fear of death in cancer patients, and cluster headaches.